The anime features a selection of music from songs by established artists as well as original compositions. These are used as opening/ending themes for the episodes and background music during the sketches.

The official soundtrack to the show features 44 tracks. Most of them are used as background music within the sketches, while some are reserved for transition scenes. 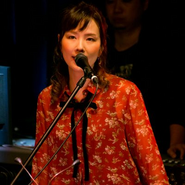